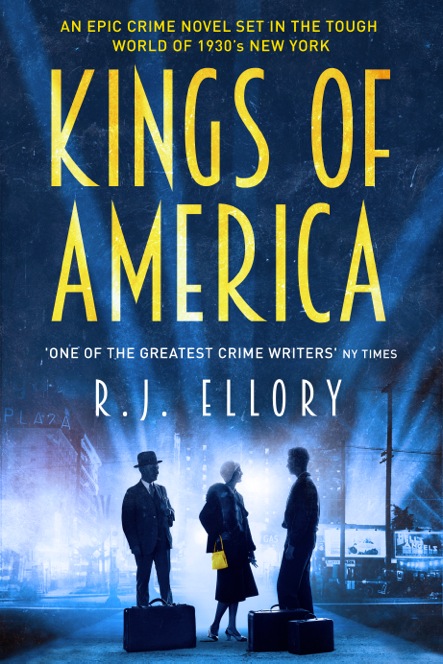 In America, kings are not born, they are made.

But now Danny finds himself fleeing Ireland for the bright lights of 1930s Hollywood with two virtual strangers, Nicky Mariani and his beautiful sister, Lucia.

As Lucia pursues her dream of stardom, Nicky finds his calling in the violent underbelly of the city of dreams. Torn between his love for Lucia and his desperate fear for their safety, Danny is drawn into a chain of events that will pit brother against sister, friend against friend, and lover against lover.

Despite the American setting of his novels, Ellory is British and currently lives in England with his wife and son.
ISBN 978-1409168621