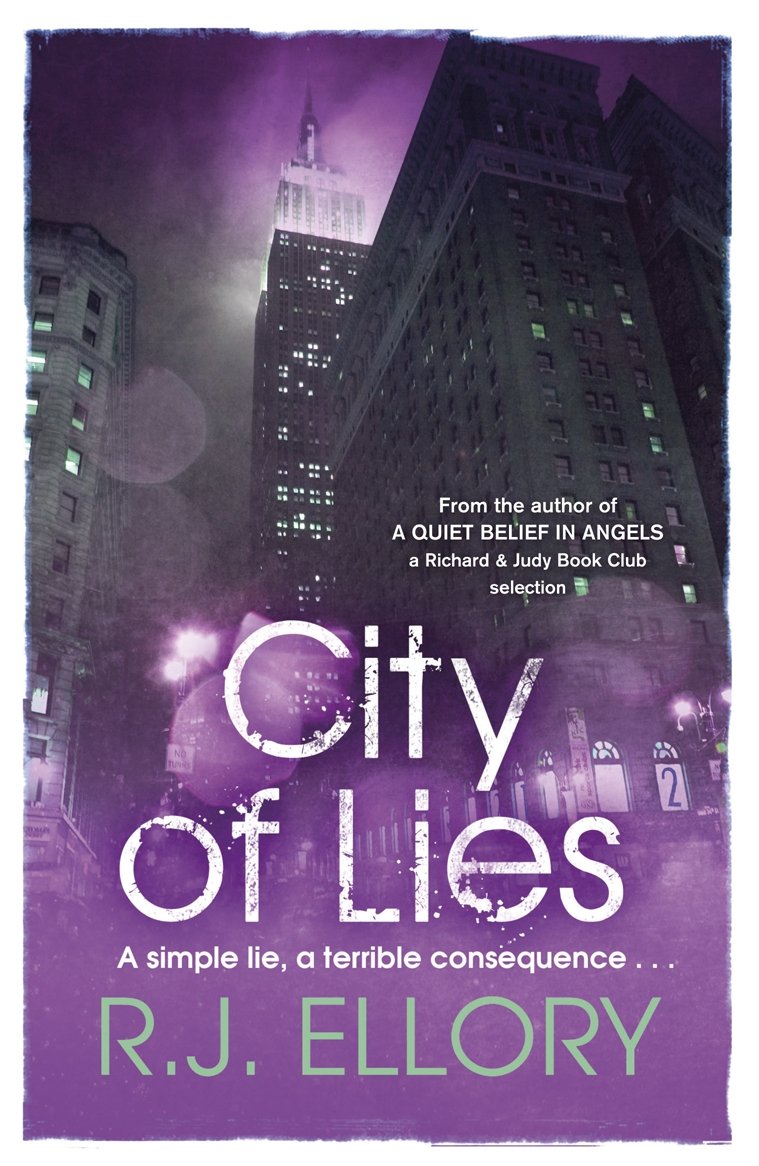 John Harper has always been alone.

His mother died when he was just seven years old and he was raised in New York by an aunt he barely knew. He never even made his father’s acquaintance – a man who died shortly after he was born. After leaving the Big Apple as soon as he was old enough, his life consisted of one moderately successful book, a collection affectionately received newspaper columns and a comfortable existence in Miami.

But then all that changed. One liquor store heist that goes wrong turns John’s existence on its head.

It seems that his father didn’t die all those years ago – in fact, he has thrived in the New York underworld. But now the man himself lies critically injured in a Manhattan hospital and it’s time for father and son to meet at last.

But this is just the start. For it seems that John’s father was working on something when he got caught in the heist – something very big indeed. And powerful people all over the city want in on it.

Shortlisted for the CWA Steel Dagger for Best Thriller 2007!

R J Ellory has a keen understanding of rhythm and pace, knowing how to let a story unfold without too much interference.  So there is a natural feel to the way the reader is drawn inextricably into the world he creates – that of organised crime and people who run their “businesses” with ruthless efficiency according to self-imposed codes.  Here 35-year-old John Harper is summoned to New York and the deathbed of his father – who John thought died 30 years before.  What John also doesn’t know is that his father heads an important criminal organisation on the brink of a turf war with another group.  For John it is a very steep learning curve indeed, and the question is: who is telling him the truth?  His father’s side-kick, Walt Freiberg? His Aunt Evelyn?  Detective Frank Duchaunak?  Or perhaps the beautiful Cathy Hollander?  The truth does finally emerge with a crescendo of activity.  Excellent. The Guardian

John Harper, frustrated author of one moderately successful novel, came to Miami to create a new life for himself.   He ran away from a cold New York childhood, brought up by an aunt following the death of first his father and then his mother, but things haven’t worked out the way he dreamed.   Now killing time writing filler articles for a Miami newspaper (he’s about to cover a shark-fishing competition) when a phone call changes everything.   It’s his aunt, calling him back to New York.   On arrival he finds that everything he thought he knew about his family has been a carefully maintained lie.   The father he believed dead has been shot and critically wounded, attempting to stop a liquor store robbery.   As Harper reels from the shock of this discovery, shadowy forces gather around him.   Harper’s father is no ordinary citizen caught up in a random robbery; he is a major player in the New York underworld, and his incapacity has left a gaping hole at the top just as something really big is being planned.   The territory is familiar, but Ellory avoids the obvious cliches of the cinema wiseguy, while bringing to life a world of shifting loyalties and obligations to family.   Harper starts out naïve but, surrounded by hard-bitten characters out to manipulate him, he can’t remain that way forever.   Ellory writes taut, muscular prose that at its best is almost poetic.   It’s also an extraordinary act of ventriloquism – for an English author who has never lived in the US, City of Lies has a ring of authenticity.   City of Lies is a tense and pacy thriller taking the reader into a world of secrets, betrayal and revenge.Yorkshire Post

John Harper has always felt alone.   His father died soon after he was born, and his mother died when he was just seven, leaving him to be raised by his aunt in New York.   After leaving the Big Apple as soon as he could, John got on with his life, writing a book, becoming a newspaper reporter and leading a comfortable existence in Miami.  However, all that is about to change – because of a liquor store heist which goes wrong.   After 30 years, John discovers his father is actually alive – although lying in a deep coma in a Manhattan hospital.   But there is to be no regular family reunion for John when he returns to his roots.   As he desperately tries to uncover the truth about his father, what happened to his uncle and the circumstances surrounding the death of his mother, John becomes drawn into the darkest depths of the New York underworld.   Roger Ellory cleverly weaves the story back and forth between truth and fiction until the explosive conclusion. City of Lies will take you away from everyday life and into a terrifying world of gangsters, crooks and brutality.   While his first three novels, Candlemoth, Ghostheart and A Quiet Vendetta, heralded Roger Ellory as one of the rising stars for the future, City of Lies puts him firmly on the bookshelf with all the other leading crime/fiction novelists. (Rating 9/10) Peterborough Evening Telegraph

Small-time Miami journalist John Harper gets a call from his aunt. “Come to New York, John,” she says. “No arguments.” And so he goes, to discover that the father he believed had died years before is still alive – barely – and in a coma after being shot trying to prevent an armed robbery. So begins a long, strange trip into a life Harper had no idea existed. He meets a half-crazy cop, an exact mirror image of himself, and the pair form something of a friendship before Harper discovers the truth. Ellory is a powerful talent, and this, his fourth novel, seems set to launch him into the stratosphere of crime writers.

The Independent on Sunday

This novel is certainly not a standard genre story. It is related in a tough and gritty manner suited to its theme and rolls inexorably towards a classically violent American ending involving several innocent victims. When he moves into dialogue passages the tale soars and flows beautifully. His books have been called brilliant and breathtaking, they have been shortlisted for prizes, and there is no doubt that ‘City of Lies’ carries on in the same vein.