Roger Jon Ellory was born in Birmingham, England in June of 1965. His father, still unknown to him, departed before Roger was born.

Roger’s mother, Carole – an actress and dancer – died when Roger was seven as a result of a pneumonia epidemic that claimed more than a dozen victims in the early 1970s. At this time, Roger’s maternal grandmother became his legal guardian. He had never known his paternal grandparents, and his maternal grandfather had drowned off the Gower Peninsula in Wales in 1957.

Roger was despatched to a series of boarding schools, the last one being Kingham Hill in Oxford, established by the Barings-Young banking family as a facility for ‘orphaned and wayward children’. He stayed there until late 1981, and then returned to live with his grandmother in Birmingham. Here he enrolled at Bournville College of Art, but did not complete his studies due to the death of his grandmother in April of 1982.

At seventeen years of age he was arrested for poaching. He was charged, tried, and sentenced to a jail term which he served without causing too much trouble. Upon his release he vanished quietly into relative obscurity to pursue interests in graphic design, photography and music.

As a guitar player in a band called ‘The Manta Rays’ he was partly responsible for their reputation as the loudest band south of Manchester and north of London. Following the untimely death of their drummer, Roger quit the music scene and devoted himself to studying obscure philosophies and reading.

Through the complete works of Conan Doyle, Michael Moorcock, JRR Tolkien, numerous books by Stephen King and many others, his interest in fiction steadily grew, not only from the viewpoint of a reader, but a burgeoning interest as a writer. Aside from reading a great deal of fiction, Ellory also pursued an intense study of philosophy, religion, psychoanalysis, psychology, drug rehabilitation techniques and associated physiological and mental therapies, including – amongst many others – the works of Socrates, Plato, Kant, Adler, Schopenhauer, Freud, Sartre, Kierkegaard, Gibran, Descartes, Dewey, Hubbard etc. He also studied the works of Guatama Shakyamuni, Guatama Siddartha, Krishnamurti, The Tibetan Book of the Dead, the Bible and the Bhagavad Gita.

He undertook courses in many aspects of these studies. Roger began his first novel on November 4th, 1987 at the age of twenty-two, and did not stop, except for three days when he was going through a divorce from his first wife, until July of 1993.

During this time he completed twenty-two novels, most of them in longhand, and accumulated several hundred polite and complimentary rejection letters from many different and varied publishers. The standard response from the UK publishing trade was that they could not consider the possibility of publishing books based in the United States written by an Englishman. He was advised to send his work to American publishers, which he duly did, and received from them equally polite and complimentary rejection letters that said it was not possible for American publishers to publish books set in the US written by an Englishman.

Roger stopped writing out of sheer frustration and did not start again until September 2001. Over the subsequent five months he wrote three books, the second of which was called Candlemoth. This was purchased by Orion and published in 2003. How and why it was published is another story entirely, which if you ever go to one of Roger’s events he will tell you. Candlemoth was translated into German, Dutch and Italian, and has now also been purchased for translation into Swedish, French and several other languages.
As of 2017, RJ Ellory had published fourteen novels, the most recent entitled KIngs of America.

His fifth novel, A Quiet Belief in Angels, was selected for the Richard & Judy Book Club in the UK, and was subsequently translated into more than twenty languages including French, Italian, Spanish, German, Dutch, Japanese, Brazilian, Swedish, Norwegian and Lithuanian. As of December 2017 there were more than 350,000 copies of the book in circulation in the UK alone, and worldwide sales far exceeded a million copies. A Quiet Belief In Angels won the Quebec Booksellers' Prize, the Inaugural Roman Noir Nouvel Observateur Prize 2008, The Strand Magazine Best Thriller 2009, the Southern Independent Booksellers Alliance Award 2010, the USA National Indie Excellence Award For Best Mystery Of 2010, and the Livre De Poche Award 2010. The book was optioned for film, and Roger completed the screenplay for Oscar-winning French director, Olivier Dahan.

A Quiet Vendetta won the Quebec Laureat, the Villeneuve Readers’ Prize and the St. Maur Prix Polar. A Simple Act of Violence, Ellory’s sixth novel, won the UK Crime Novel of the Year 2010.

He has also been awarded the Plume d'Or for Thriller Internationale, the Balai d'Or, has twice won the Grand Prix des Lecteurs. He has been nominated for a further eleven international awards including three Barrys, the 813 Trophy, and the Europeen Du Point. His books are now available in twenty-six languages, and there are four ongoing television and film projects.

All of Ellory’s works will be released by Overlook Press as original US publications in the foreseeable future.

He is also the singer and guitar player of the band, The Whiskey Poets (www.whiskeypoets.net).

On numerous occasions people have tried to identify Roger’s work with a particular genre – crime, thriller, historical fiction – but this categorisation has been a relatively fruitless endeavour. The French have perhaps coined the most suitable phrase – ‘slow-motion thrillers’ – as Roger’s ethos is merely to work towards producing a good story, something that encapsulates elements of humanity and life without necessarily slotting into a predetermined pigeonhole.

He attempts to produce an average of forty thousand words a month, and aims to get a first draft completed within three to four months. His wife thinks he is a workaholic, his son considers him slightly left-of-centre, but they put up with him regardless. His son has long since been aware of the fact that ‘dad’ buys stuff, and thus his idiosyncrasies should be tolerated. Roger doesn’t read anywhere enough books, doesn’t watch enough films, and keeps trying to remedy these omissions. To date he has routinely failed.

As for inspiration, two of his favourite quotes are from Benjamin Disraeli and Gary Player, respectively, ‘Success is entirely dependent upon constancy of purpose’, and ‘The harder you work, the luckier you get.’ He agrees with these wholeheartedly, and thus has no intention of retiring from anything, ever. His next book is due for release in early 2019. 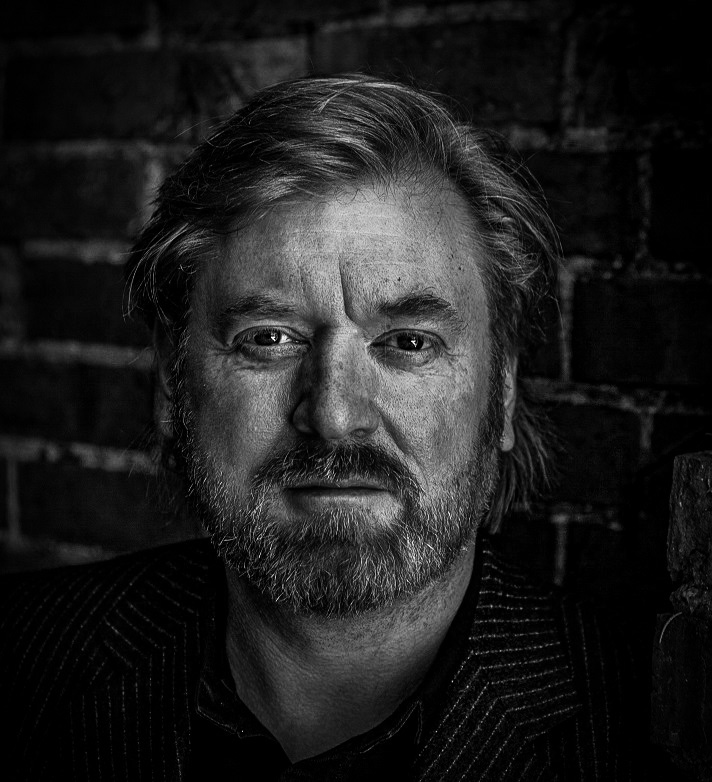