ABOUT BOOKS AND MUSIC

The irony was not altogether lost on me.  Though irony – possibly – was not the right word.  Perhaps it was just another example of the way in which life can sometimes double-back, can turn suddenly and reflect itself every once in a while.  A variation of déjà vu.  An echo.

I sit in a darkened film editing suite.  The room is thick with smoke.  I am watching a rough cut of a film by Olivier Dahan, Oscar-winning director of ‘La Vie En Rose’.  On the sound system is a previously unheard soundtrack written by Bob Dylan.  It is my first trip to Paris, and there I am – somewhere in an office within the shadow of the Eiffel Tower – discussing the possibility of writing a screenplay of my book, ‘A Quiet Belief In Angels’ (‘Seul le Silence’).   What happened as a result of that meeting, the three days I spent in Paris, the screenplay, the potential film…all of this is irrelevant to the story.  What was really interesting to me about that first meeting was Robert Johnson.  Forrest Whittaker as Robert Johnson, right there on the screen ahead of me.  The whole backstory of Johnson – how he met Lucifer at the crossroads and sold his soul for the Blues.  That story.

Backwards more than thirty years.  A seven year-old child stands in the hallway of a strange house.  His mother has just died, and he has been sent to stay with a relative.  The relative, a great aunt – has a son.  The son is a teenager, a wild guy, a rocker, and he has a room painted black with posters all over the walls – Hendrix, Joplin, Canned Heat, Jim Morrison and The Doors.  He spends his time playing records, smoking cigarettes, drinking beer.

The seven year-old – lost, confused, alone now – finds some strange comfort in the company of this wild teenager.  The teenager tells him a story and plays him a record.  ‘Robert Johnson,’ the little boy is told.  ‘He went down to the crossroads and sold his soul to the Devil for the Blues…’  And the little boy listens, and he hears something in the music that stirs something inside of him, and he knows that no other music will ever sound the same.  Perhaps more accurately, he will never be able to listen to any other style of popular music and not hear the Blues somewhere hiding within it.

Because the Blues sits behind everything.  It is a rhythm, an atmosphere, a heartbeat, a pulse, a colour, a feeling.  It isn’t just a sound.  You hear sounds with your ears.  This wasn’t just something you heard, it was something you could feel in your heart.

The fact that the seven year-old boy went on to write novels is also not part of that story.  Not directly.  The fact that the boy became a writer who was always trying to capture that feeling, that emotion, that sound with words, is perhaps more to the point.  Because they’re the same thing.  It’s the emotional connection.  The emotional impact.

I was that boy, and now I am that writer.  And I read to feel something.  I listen to Son House and Leadbelly and Muddy Waters and Charley Patton to feel something too.  The emotion comes first, the rhythm comes second, the dancing comes last.  Music is an outburst of the soul, Delius said.

My interest was sparked, like the small flame at the tail of the touchpaper, and at the end of that touchpaper was dynamite.  I moved on from there, found so many different stories that had all been woven from the same original strands.  It was an evolution, a progression – up through British rhythm and blues to The Yardbirds, The Animals, The Stones, and then the sound of the West Coast – The Elevators and Quicksilver, and West Texas variations like Doug Sahm, and out of the swamps came Dr. John and Professor Longhair, ‘Gris Gris Gumbo Ya-Ya’ and its strange, distorted reflection of the same things that the delta Bluesmen were saying.

My girl gone left me.  She left me alone.  You don’t know how it feels to have no home.  Got no money in my pocket, no shoes on my feet.  Got no food in my belly and my bed’s in the street.

Music was the support, the way in which we survived our difficulties, our travails, our losses.  As Virgil Thomson said, ‘I’ve never known a musician who regretted being one.  Whatever deceptions life may have in store for you, music is not going to let you down.’

And even the whites had their own thing going.  They suffered the Depression, they suffered hardships, of course, and they sang and played their way through it.  European immigrants into the Maritime Provinces and the Southern Appalachian Mountains brought Old World instruments with them – the fiddle from Ireland, the banjo from West Africa, the guitar from Spain, the mandolin from Italy.  ‘Little Log Cabin in the Lane’, recorded by Fiddlin’ John Carson in the early 20s, Vernon Dalhart’s national hit, ‘Wreck of the Old ‘97’, the flipside of which was something called – not surprisingly – ‘Lonesome Road Blues’, and artists like this were followed by the Carter Family and Jimmie Rodgers who managed to fuse hillbilly country with gospel, jazz, blues and folk music.

And without Jimmie Rodgers and the Carter Family the ‘The Golden Age of Country’ would never have happened.  No-one would have heard of the Grand Ole Opry; Waylon Jennings, Johnny Cash, Hank Williams Jnr., Townes Van Zandt and Willie Nelson would have just been playing for drinks in some out-of-town juke joint or bowling alley.  And on the West Coast, had it not been for Bob Wills and Lefty Frizzell, we would never have discovered The Bakersfield Sound, and Merle Haggard and Buck Owens would have been packing groceries or fixing cars in a truckstop outside of Mendocino.

And then the brash parents took a roadtrip, travelled further afield, and as they travelled they produced further offspring – artists like Gram Parsons, Jerry Garcia and The Grateful Dead, Neil Young, The Allman Brothers, Buffalo Springfield and The Eagles.  Country Rock was born.  Lynyrd Skynyrd’s ‘Freebird’ and ‘Sweet Home Alabama’, Canned Heat’s ‘On The Road Again’ – released in 1968, adapted by Alan Wilson from a song of the same name, recorded by Floyd Jones in 1953.  And Jones’ song, well that was an adaptation of a song called ‘Big Road Blues’, recorded in 1928 by Delta Bluesman, Tommy Johnson.  Did they know at Woodstock that they were listening to a song that was twice as old as most of the people there?  Maybe not, but it didn’t matter.  It said the same thing a different way.  It conveyed the same emotions, the same heart, and you either got it or you didn’t.

These were no accidents, no coincidences.  Serendipity perhaps, but not coincidence.  The emotion was always there, always present, always pre-eminent.  The emotion was what it was all about.  And it carried through every thread, and it walked down every road, and it passed from hand to hand, from heart to heart, from soul to soul.  It was a communication.  It was a message.  And those that heard it, really heard it, well they understood that it was not something that could be measured or quantified or given a value.  It was priceless.  The music was priceless.  It was a universal language, applicable to all, understandable by all, and as it evolved it encompassed more and more people, more and more variations on the same theme, and even those that didn’t know exactly what they were listening to still felt the rhythm inside of themselves and got up to dance.

And the seven year-old kid?  He grew up.  He grew up with music everywhere, and if there wasn’t music when he got wherever he was going, well he soon got some organised.  He even played music himself on and off, back and forth over the years – and nearly four decades later he’s still hammering away at the same chords, and singing some of the same tunes, and putting a band back on the road when all sense and sensibility says that such a thing should not be considered by an unfit man in his mid-forties.  But to hell with the rules and regulations, to hell with the conservative, the expected, the norm.  This is about life.  This is about being whoever you are.  This is about feeling something inside of yourself that you cannot exorcise without making a noise.  ‘The Renegades’ will appear somewhere, sometime, and they will play riffs invented by Bo Diddley and Paul Burlison and Mike Bloomfield and Scotty Moore.  Why?  Because they are timeless.   People might age, but the emotion stays young for ever.

And now – even when I write my fiction – I am looking for the same rhythm, that same pace, the same tensions that I find in music.  I am working on the sentences and paragraphs like they’re bars of music.  I am losing a word here and there because the phrase has one too many syllables and it doesn’t feel right.  I know when it sounds right to my ear.  I know when it looks right to my eye.  It has a tempo, a timbre, an atmosphere, a colour.  And when I write lyrics my musical heritage is all the more evident.  The girl is still leaving.  I still ain’t got no money.  The train’s pulling out of the station.  I am sleeping in the street.  This is what we do.  This is what we have to say.  This is what we sing about.  Matters of the heart.  Matters of the soul.  The business of life.

Music has always been there, always something to look forward to, always there to return to.  It is both a destination and a home; it is both a familiar friend and a new acquaintance; it is both a parent and a child.  I look back at my life, and all the important events, all the things that mattered – marriage, fatherhood, new jobs, new places and people…well, all of them were somehow connected to music.  I can say in music what I will never be able to write.  I can write in words what I will never be able to communicate with music.  It has been said that a composer composes because he cannot say what he wants in words.  I believe the corollary also, that a writer writes because he cannot yet communicate his thoughts and feelings with sounds.

And I leave the last words to a writer, fittingly.  Not just a writer, but a writer for children who yet spoke to all generations.  Hans Christian Andersen said something so simple, and yet it encompassed all complexities, all truths, all fundamentals: ‘When words fail, music speaks.’

For me, in just five words, I think that says it all. 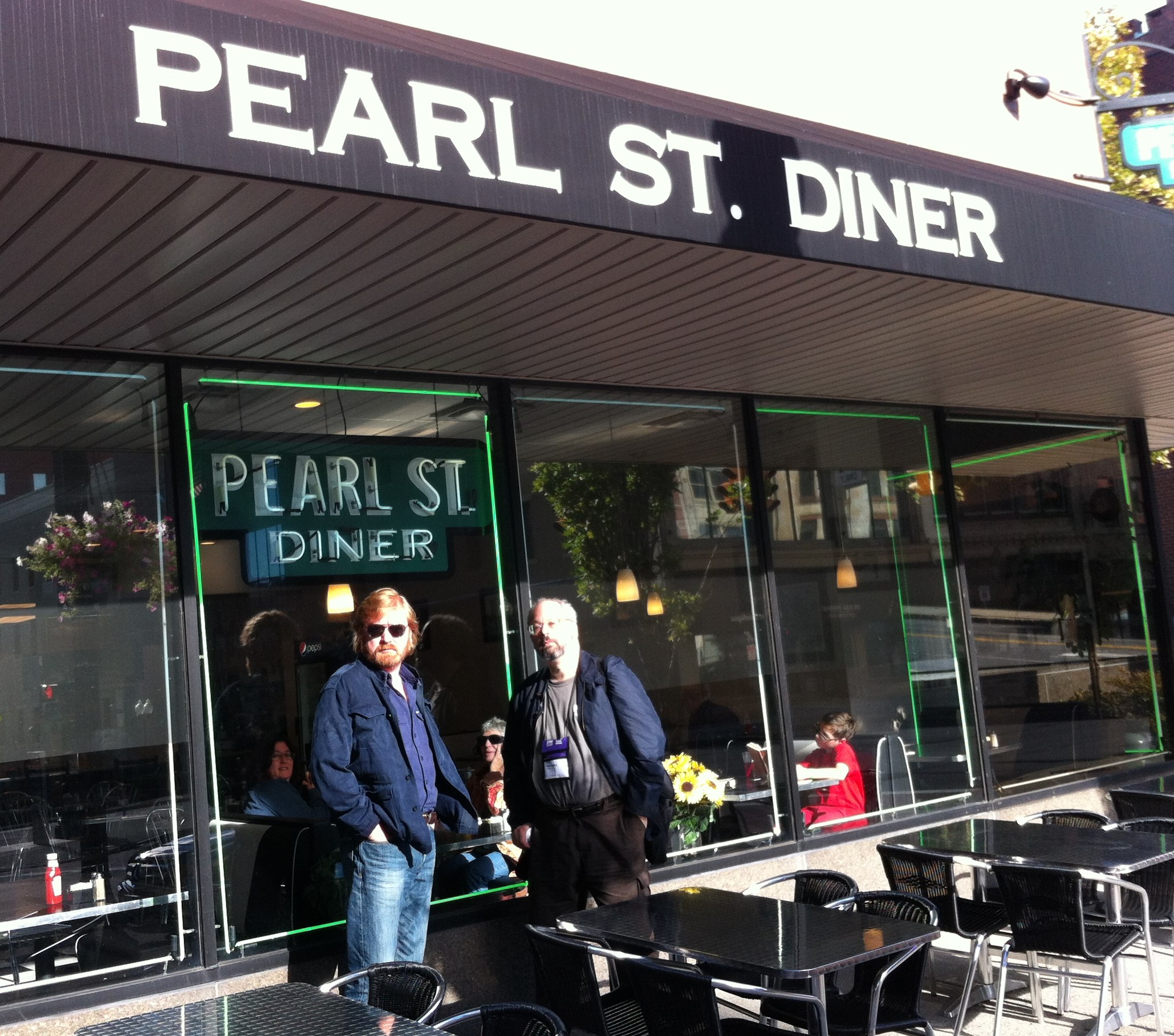 No strangers here…only friends we’ve yet to meet… Apologies for the modified WB Yeats quote, but I kind of like the cadence […] 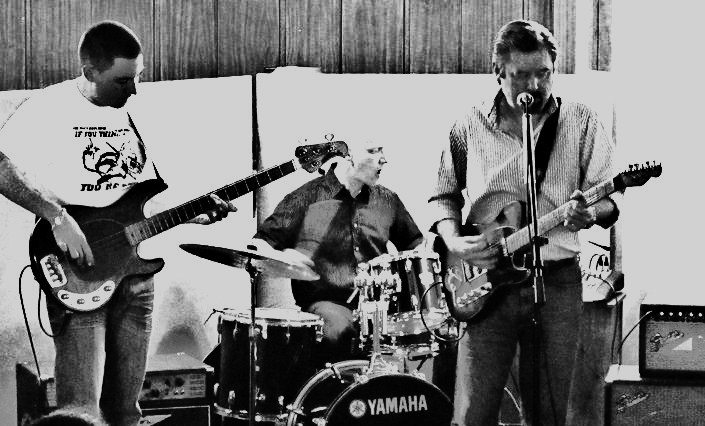 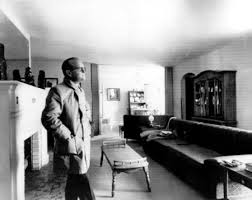 AN INTERESTING SLANT ON THE TRUMAN CAPOTE/HARPER LEE RELATIONSHIP BY NORMAN MAILER…  (Originally published Dec. ’07) Someone forwarded the following essay to […] 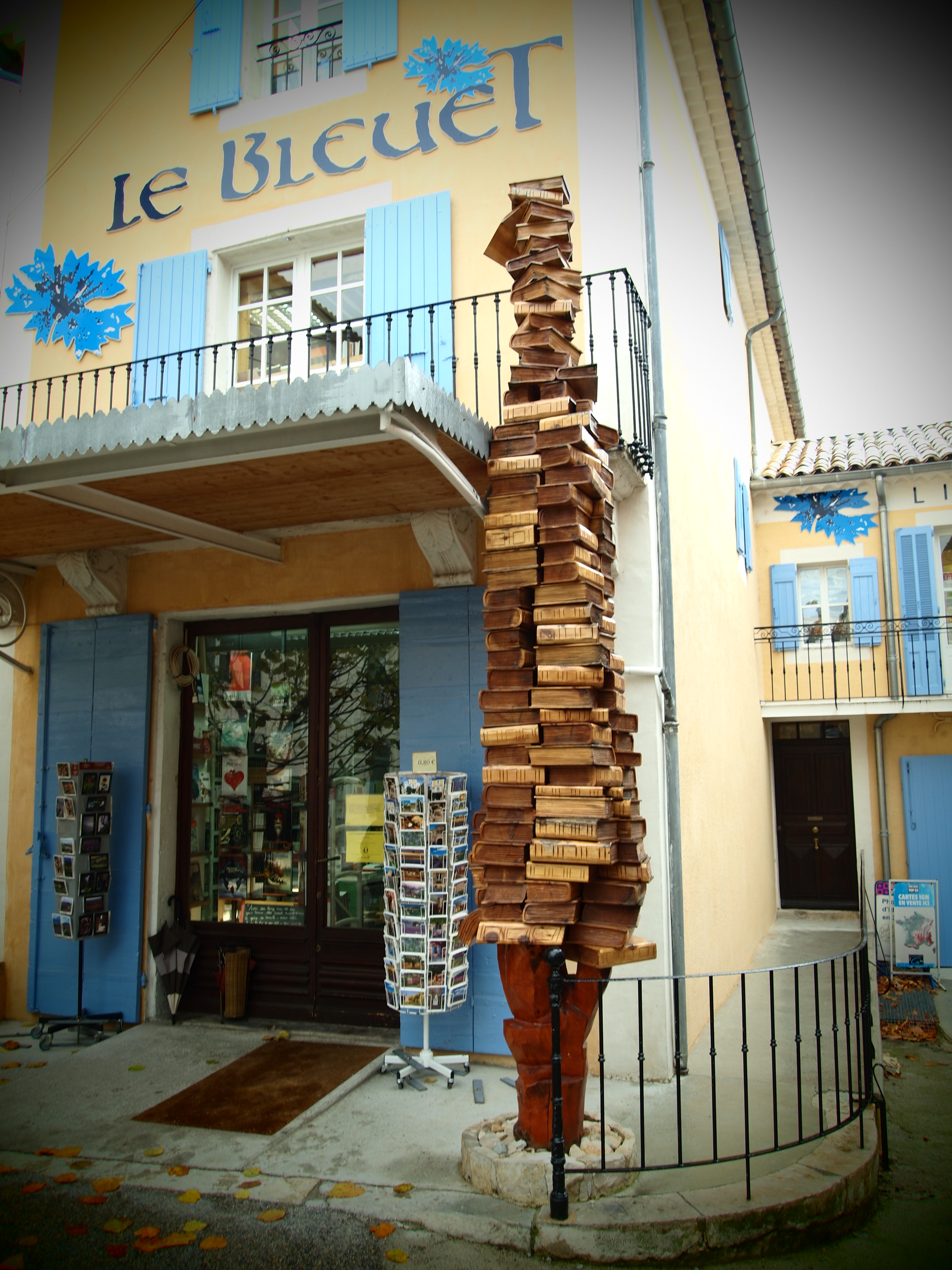 4 thoughts on “About Books and Music…”